Peru Culture is formed by its people, festivals, music, architecture, and cuisine, literature including customs, codes, standards, lifestyles and traditions in society. Peru Culture was formed by the kinship between the Amerindian and Hispanic cultures.

Peruvian people is formed by different races for example mestizo (most people of Peruvians) which is an admixture of Amerindians and Peruvians of European ancestry, African, Japanese, and Chinese ancestries are also found in Peru.

The Peruvian music is a mix of sound and style. There are many Peruvian music genres: Andean and Amazonian native. These can be classified into music and dances of the Peruvian coast, highland Peru and Peruvian Amazon. The harps, lutes, guitars, bandurrias, vihuelas, etc are just some of the variety of instruments that are used in the Peruvian music. Peru has a great variety of music styles such as Creole music, African Music, huayno, cumbia, rock, etc. Also have a great number of typical dances which have an association with agricultural work, hunting and war apart from dances of native descent. Peru is home to one of the most varied folklore legacies in the world, forms, rhythms and rituals are part of this legacy, more than 3 000 folklore festivals, 1 500 musical performances and uncountable arts and crafts.

The cuisine of Peru is the most diverse in the world, has the largest number of dishes in the world, 4911 in total. Peruvian cuisine is a fusion of culinary tradition of ancient Peru with Spanish cuisine. Later this mixing was influenced by culinary traditions and customs of French chefs who fled the revolution in their country to settle in the capital of the Viceroyalty of Peru. Also crucial it was the influence of immigration of the nineteenth century, which included Cantonese Chinese, Japanese and Italian, among other mainly European origins.

Among the most representative dishes are the Ceviche, Cuy Chactado, Anticuchos, Tacacho, Juane, Papa a la Huancaina, Aji de gallina, Rocoto Relleno, about the sweet dishes and desserts are Alfajores, Turrones, Picarones, Mazamorra morada, etc. Among drinks are Chicha Morada and obviously Pisco, the national drink.

Another important factor to Peruvian culture is the literary produced from pre-Hispanic traditions to the present, in different languages and media. Some of the important writers are Ricardo Palma, Cesar Vallejo, Alfredo Bryce Echenique, Jose Maria Arguedas, Mario Vargas Llosa, amog others.

Peru is a religious country; religion has played a vital role in social and cultural development of societies from their origins in the Andes, through the political and cultural formation of pre-Hispanic Andean societies, and finally, the religious transformation following the fall of the Inca Empire and the conquest of power by the Spanish, who imposed Catholicism. In Peru predominates Christian religion and especially Catholicism.

Tourism is also considered as part of the Peruvian culture. In Peru is the third largest industry in the nation, behind fishing and mining. Tourism goes to the archaeological monuments, because it has more than one hundred thousand archaeological sites, ecotourism in the Peruvian Amazon, cultural tourism in colonial cities, gastronomic tourism, adventure tourism and beach tourism. According to a study by the Peruvian government the rate of satisfaction of tourists after visiting Peru is 94%. It is the fastest growing industry in Peru, grew annually at a rate of 25% over the past five years, with a growth rate higher than any other country in South America.

The first settlement in Peru took place about 20,000 years ago. They brought stone tools and were hunter and gatherers. Some of them settled in Paccaicasa, Ayacucho. The oldest remains found are 700 BC, it shows how the old people were, pointy heads, broad faces and 1.60 meters in height. The old Peruvians settlers examples of cave paintings in the caves of Toquepala (Tacna 7 600 a. C.) and houses in Chilca (Lima 5800 BC). The process of domesticating plants was to introduce the foundations for organized cultures and the construction of villages and ceremonial sites. As regional cultures that were integrated gradually, new techniques emerged, such as embroidery, metalwork and jewelry, leading the growth of cultures. 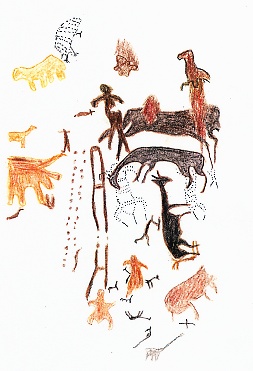 For 1400 years, pre – Inca cultures settled along the Peruvian coast and on high, maintaining common elements in agriculture, food, clothing, religion, social organization and even in art. Is that they all are part of a long process that begins with the Chavin culture and then continues with the Inca Empire. Many of them stood out for their ritual pottery, their ability to adapt and manage their natural resources.

Chavin Culture, the first Peruvian civilization settled in Llahuar, Ancash about 1800 BC The power of the civilization, based on theocracy, was centered at Chavin temple whose walls and galleries were filled with sculptures of ferocious deities with pictures of cats. 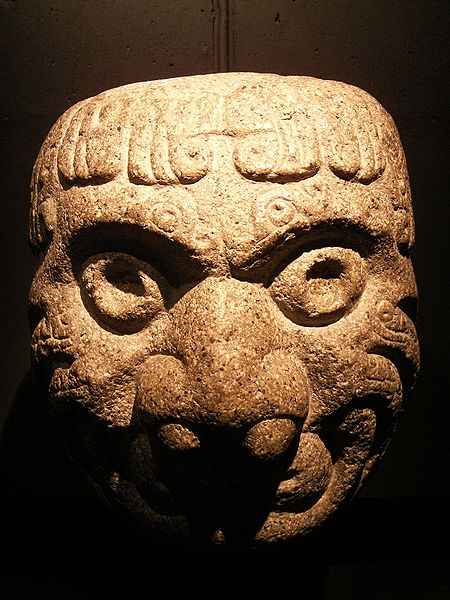 The Paracas culture (700 a. C) grew in power along the coast, and left the superb skills in textile weaving.

Moche Culture, also known as Mochica, north coast was dominated by the Moche civilization 100 a. C. The culture was led by military authorities of the coastal valleys, such as the Lord of Sipan. Moche pots representing paintings, their iconography in general is surprisingly detailed so it shows great skill in design.

Tiahuanaco Culture, comprising part of what is now Bolivia, Chile and Peru, based on most of the highland called Collao plateau. The Tiahuanaco culture left a legacy of agricultural terracing and the management of several ecological zones.

The Nazca culture, 300 BC, was able to domesticate the coastal desert by bringing water through underground aqueducts. They carved geometric shapes and animal figures on the desert floor, a series of symbols that are believed were part of an agricultural calendar for even today baffles researchers. These impressive figures are in the Pampas of Nazca and other sites on the southern coast of Peru. The lines known as the Nazca Lines are located in a geographical area with little rainfall, demonstrating knowledge of geography and meteorology.

The Paracas Culture, most information on the Paracas comes from archaeological excavations at Paracas “Necropolis” by the Peruvian archaeologist Julio C. Tello in 1920. They practiced textiles (wool and cotton) as well as ceramics. They also practiced cranial deformation with an esthetic and ritual purpose and were good surgeons who performed cranial trepanation for medical purposes. After the year 200, the Paracas civilization blends with the Nazca.

The Wari culture, 600a.C. introduced urban settlements in the Ayacucho area and expanded its influence across the Andes.

Chimu culture, 700a.C., turned gold and metals into handmade relics and built a mud city called Chan Chan, near the coastal city of Trujillo.
Chachapoyas culture, 800a.C, made the best use of cultivable land and made their constructions on top of the highest mountains in the cloud forest to the north. The vast Kuelap fortress is a fine example of how they adapted to the climate.

The Inca Empire (1500 BC) was possibly the most organized civilization in South America. Its economic system, distribution of wealth, artistic manifestations and architecture impressed the first Spanish chronicler. The Incas worshiped the earth mother Pachamama and the sun god, Inti. The Inca Empire was destined to be sacred and a descendant of the sun god. The legend of Inca origin says that the sun god sent his children Manco Capac and Mama Ocllo to found Cuzco, the sacred city and capital of the Inca Empire. (There is another version the four Ayar brothers and their four wives.

The rapid expansion of the Inca Empire came from his extraordinary ability to organize. The communities were grouped as families and territorially, around the ayllu, the center of the empire, and even if villagers had to move for work, did not lose their connection to the ayllu. The Inca managed to large populations, either as reward or punishment, this consolidated the expansion to follow in the footsteps of knowledge of cultures that had come before.

The Tahuantinsuyo expanded until it now covers part of northern Colombia, Chile, southern Argentina and throughout Ecuador and Bolivia. The power of the clans and the Inca was intangible at each point of the Empire, but reached its peak in the architecture of Cuzco: The Koricancha or Sun Temple, the fortress of Sacsayhuaman, and the whole citadel of Machu Picchu. 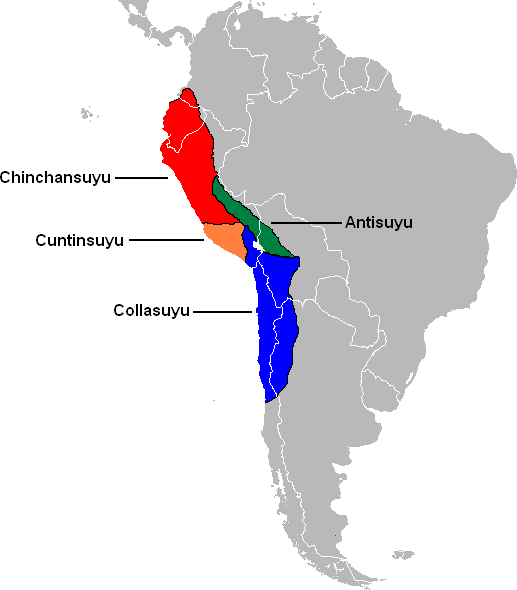