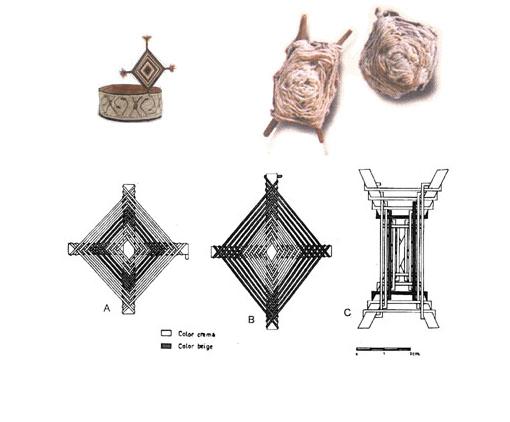 Caral, the cradle of the civilization

Caral is considered as the Oldest City in Peruvian territory, with over 500 thousand years of occupation, and is the first civilization that is compared with Mesopotamia, Egypt, India, China and Mesoamerica, focal points of culture in the world.

Caral is located to the left bank of the Supe River, over a big terrace, at an altitude of 350 meters above the sea level.

Alfredo Torero, a Linguist said that the Quechua Language had his origins on the Supe, Fortaleza and Pativilca Valleys, according to him, Caral means Fiber or reed.

In 1905, Max Uhle investigate Áspero, an pre-ceramic site located on Supe Valley, Julio C. Tello also did some research in 1937, finding no evidence of enter to the Caral place.

Paul Kosok said that Caral might be very ancient, but he didn’t know how ancient was, he and Richard Schaedel in 1949 write an essay ¨called Life, Land and Water in Ancient Perú¨ , mentioned that Chupacigarro, the former Caral name was an important site with so much History and legacy.

In 1975 Carlos Williams wrote an article where describes the majority of the archaeological places that were located at the Supe Valley. On 1994 Ruth Shady went to the Supe Valley and found 18 places with similar architecture characteristics, then in 1997 she present his conclusions on the book: ¨La ciudad sagrada de Caral-Supe en los albores de la civilización en el Perú¨. Saying that Caral was a pre-ceramic civilization, and after that it became famous and got the attention of the Peruvian State.

Is been said that Caral was the place of a community formed by several lineages and leading by Curacas, who were the main governors of the site. They directed every aspect of the Caral citizens, being Caral the principal of all the Curacazgos or group of Curacas.

The principal activity was the religion, that’s what united them as a Nation, it was the State policy, it can show in every aspect of their construction, dedicated to their deities, with their squares, fire altars, where they celebrate every aspect of his religious life.

In Caral there are 7 big pyramids, surrounding by other structures, counting 32 mounds in total. Each of the pyramids had a specific function, depending on the social and religious status of their citizens.

The major Pyramid is located on the high sector of the site, it has 9 meters wide and 28 meters tall, it has also a circular square, a defined characteristic of Caral. The gallery Pyramid was a little structure where only one person could enter and do the rites or ceremony that was assigned; The Huanca Pyramid is located near a Huanca, a sacred stone that function as a solar clock. The Amphitheater Pyramid Is the most important structure in the low sector, that has obviously an amphitheater, where it might function as a celebration place of rituals, and also has a circular Square, where was buried 32 flutes beautifully decorated and conserved.

Be able to predict the changes of the weather and understand the change of nature, it needs a place where they can start a conversation with their deities and also understand the mood of mother nature, so it can be interpreted and from that make a decision.

This place was called The Sacred fire altar, and they were many along the complex, the Altar is made of a little room in circular or rectangular shape, with a only entrance, and where inside there’s a well in the center of the floor, where the offering was leave.

This is one of the most fascinating objects in the whole Caral complex, is made of sticks united or tied with several cotton threads with many colors with a spiral shape, the final shape is a rectangle that is form by an X shape.

The Gods eye was important to the Caral people because is related with the world pint of view of the people who love at that time, and also was found in many offering leaving in a residential complex.

The communitarian museum of Végueta

On this Museum you can see the permanent exposition called ¨Vichama, la ciudad Agro pesquera de la civilización de Caral 4200 años de ciencia y tecnología agropesquera¨, which presents a 270 archaeological pieces, result of the investigation that is happen in Caral.

Timetable: From Tuesday to Sunday, from 9am to 5pm
Location: km184 of the northern highway.