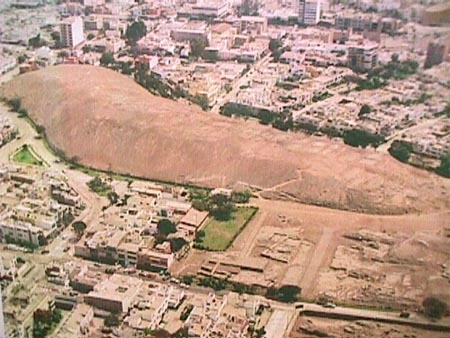 The Huaca Pucllana this construction is a pyramidal building that is located over a plain field in the low valley of the Rímac River, built entirely on adobitos, a group of sun dried bricks hand-made, very distinctive of the Lima culture and this period.

It was on the Pyramid where the religious ceremonies were celebrated, because the other enclosure is where the administrative functions were made. The way that the people who lived and came had to go on every place with many ramps or flat ramps.

The whole structure has no rooms inside; instead it has big walls that formed patios and precincts, which were also built with adobitos. The main economic activity that the Pucllana made was controlled extensive fields, the most fertile of all the valleys on this location, that were dedicated to the agriculture, growing products like corn, beans and pallar, and fruits like lúcuma, pacae and many others.

Also for being located to few kilometers from the sea, the people of Pucllana eat the sea products like fishes, shellfishes, snails, crabs and other goods.

The entire pyramid is not conditioned to the access of the public, and that’s why a third part of it is accessible to visit, especially the low part where you can see how is that the place was use to ceremonial rituals.

In fact, there are human replicas of the human that lived and came to the pyramid to make the rituals, fabricate jars and other artifacts, and the replica of the tombs that were found, belong to the Huari culture, and if this is not enough, you can see the actual work of some of the most experimented archaeologist doing his job.

This little room is where the artifacts that belong on his majority to the Lima culture, like jug made of clay, sculptures that have the shape of a shark, and tools use on the ritual sacrifices.

The flora and fauna theme park

This is one of the most illustrative places where you can see the different kinds of plants and animals that the people of Pucllana grow and domesticate, and pointing that these products and plants are still using in the everyday life of the common Peruvian. One thing in particular is the hairless dogs, natives of the zone, which were domesticated before the construction of the pyramid.

This site has many sales of craftsmanship, elaborated with different materials like vegetal fiber, pottery, wood and metals. Every weekend there’s exhibitions and demonstrations of the work that the locals do, and you can interact with them, making this experience more intense.

The Huaca Pucllana Museum provides the guide services on Spanish, English, French and Japanese. The attention goes from Wednesday to Monday, from 9:00am to 5:00pm. 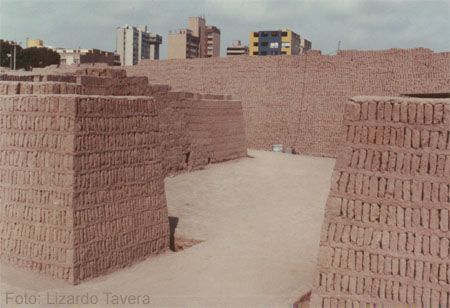