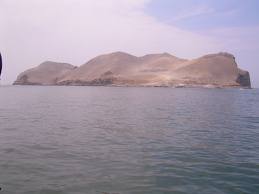 Palomino Islands, San Lorenzo, El Front’n and Cavinzas. This Group of Islands is one of the best destinations in Callao, due to the major attraction that is the sea lions, living free on his natural habitat, and also several types of seabirds like Seagulls, Pelicans and many others.

The quantity of sea lions is around 7000 and 8000 of their specie, according to many visitors this animals are friendly and the only thing that the visitor must understand is their sounds to mark territory, for the rest you can enjoy everything else from this experience.

This is the biggest Island in the entire country, with 8 km long and 2km wide, is a touristic destination that you can’t miss.

It was never presence of human life, since the Island has no sweet water; however the ancient people of Perù visited to use it as a cemetery, since they related with the afterlife. From Colonial to Republican times, the Island was always visited; first when served to extract the rocks to build many constructions like the Real Felipe Fortress and the jail in Callao, and also it was the operation base of some of the most famous pirates, like Sir Francis Drake and Jacob Clerk, who assault the port; in fact the last pirate died on the island from a pest disease.

On Republican times, the Island served to the Spanish army to withdraw from the Peruvian forces that fight in the Combat that took place on May 2nd of 1866, where the Peruvian army won the conflict. The Spanish buried their bodies and repair some of their watercrafts.

One of the scientist that visited the Island was Charles Darwin, who came in1835, exploring the geology and nature. Max Uhle, a German Archaeologist made the first excavations, finding metal objects and funerary bulks, which belong to the 900-1532 approximately.

In the 1990s, the Island function as a prison for the terrorist from the group called the Shining path, gathering on the Naval Base located there, while the Government built prison of maximum security.

On February 26th of 2010, the National Institute of Culture declared as a National cultural patrimony to approximately 20 Archaeological monuments located at the Island, by resolution of the then Director of the INC, Cecilia Bakula, who said that any project must be approved by this Institution. 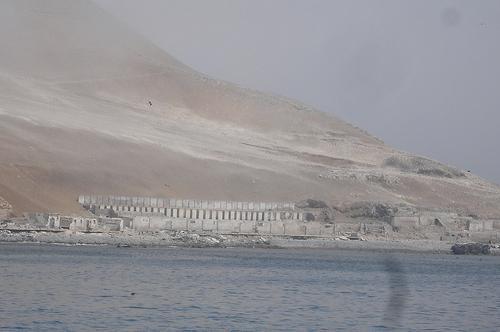 Is a little Island, with a longitude of 1km, is located near the coast of Callao, at 7km from the La Punta Bay; is a dry and no Vegetation Island, and is has been the place where many pirates leaves their loots during colonial times.

On 1917, during the government of Jos Pardo; he built a prison where it keeps the most dangerous thieves and killers of that time.

Unfortunately, the Island became famous when on June 18th of 1986, during the government of Alan Garcìa, it occurred an riot when the terrorist leaders of the Shining path took as a hostages to the people who were in charge of keep an eye to them, taking their arms to escape, but the Peruvian Navy could take control of the situation, but it when too far when the press notice that every rebel was killed, and still is a mystery how thing ended. 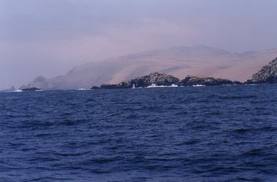 Known also as the skull island, is a little formation, Inhabited mostly by seabirds. It has natural caverns, product of the erosion of the sea, and also it has sea lions on little quantity, and a lot of birds like Pelicans, Patillos and others.

Because of their great diversity, on 2009 the groups of Island remain by the law as the National System of Island and Guaneras point, a natural reserve that protects and shows the biological diversity of the sea-coast ecosystem.