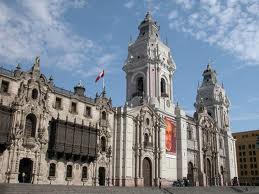 The Gold Museum from the Beginning of time, the people always has a fascination for this precious metal, from Romans to Etruscans, from Chinese dynasties to Phoenicians, every culture made his own appreciation of the Gold that sometimes starts a war and people invade towns and die many people.

But in Peruvian territory things were very different, Cultures like Paracas, Moche, Nazca, Chimú and Incas thought that the gold was the blood of the gods, a material so abundant, that they didn’t know that many years later a group of people could be so ambitious that lost his minds when they saw the Inca cover in gold, from head to toes, from earrings to mask made with pure gold, and the work was so wonderful that still in our days is amazing how they can do such an beautiful work.

There was never a single object made with pure gold, they always used some kind of alloy with copper, silver or both metals, but still were wonderful pieces that take the breath of every that saw these pieces for the first time.

The way that the Ancient Peruvians alloy the metals was called Tumbaga, and the proportions was 75% gold, 15% silver and 10% copper approximately. When the Spanish arrive to this lands, they thought that found an amazing treasure, and sure it was, but they saw with other perspective so much different to the natives, because the function of the gold pieces were ceremonial, funerary and personal.

The first was important because the celebration of their rituals and ceremonies were destined to use, like the cups where they drink his favorite and sacred beverage, The Jora Chicha, made with fermented corn and drinking in special occasions.

The second function, the funerary was also important, because these people thought that the life was just a stage, the afterlife was also a way to live, but with their gods and everyone who passed away, and maybe that’s why they were buried with every piece of gold that they had, and it might be the reason why the gold pieces were not part of a inheritance, the decease takes it all.

The third function was perhaps the most important, because the use of the gold was a status symbol, and the most powerful governors used these pieces from head to toes, they were dressed in gold, it should be difficult move with so much pieces, but is all worth it when it comes to show how power they had.

The majority of the pieces that the Archaeologist found were in the tombs or funerary complex, like the Lord of Sipán, that’s probably the reason why all the gold that was found, sometimes were dispersed from every place near the tombs.

According to the latest researches, the oldest finding of gold was in Waywaka, in the Andahuaylas community, the person who discover that was Joel Grossman, finding gold laminated, along with the necessary tools to make the process of shaping the gold, dating these artifact with an antique of 3500 years old.

The Gold Museum shows the most beautiful and well persevered pieces of all the cultures before the arrive to the Spanish, and not only that, it shows also the weapons of gold that used the Spanish during the colonial period, and later in the republican period. Arms like swords, cannons, harquebus and many others was the symbol of leadership among the Spanish and the soldiers who fight against the colonial oppression.

Completing the tour, there is also a select variety of textiles of such an perfect conservation, like the Paracas textiles, made with natural colors, like the Achiote, a kind of red seeds, that combined with water leaves a color so alive that today is still amazed to the visitors.

And not only that, the textiles were used in everyday life, like Unkus, vests made of a fiber so thin and precious that preserved the body warm and it was not heavy to wear it.

Alonso de Molina 110, Monterrico-Surco. Between the 18and 19th block of the Primavera avenue.