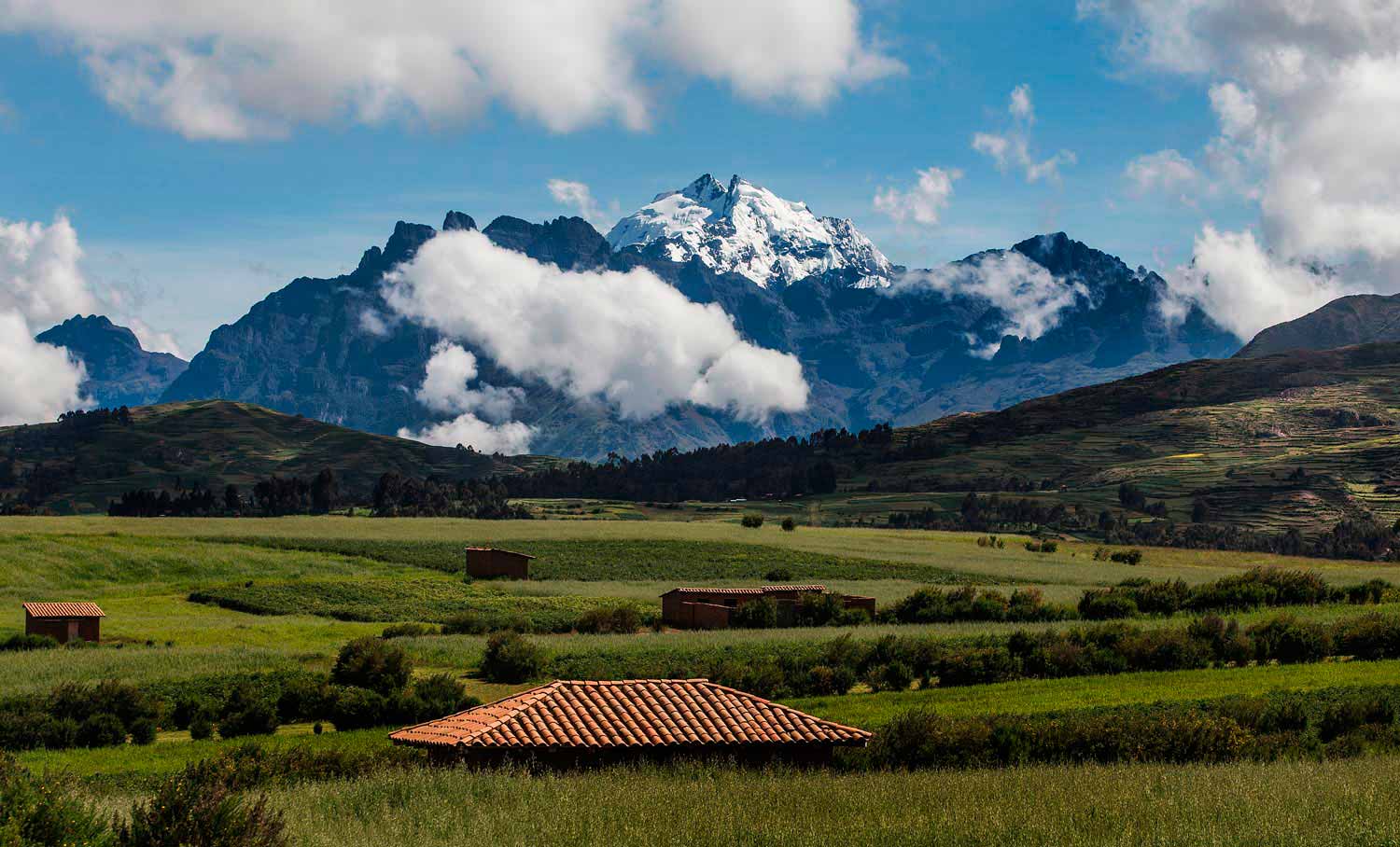 The Sacred Valley of Peru winds its way between the towns of Pisac and Ollantaytambo, parallel to the Vilcanota River. Accessible from the city of Cusco, the stunning landscapes of this region are composed of numerous rivers flowing down gullies and valleys that are home to indigenous communities and important archaeological monuments from the Inca Empire.

The Valle Sagrado de Los Incas, or the Sacred Valley of the Incas, was appreciated by the Inca for its special geographical and climatic qualities. Its fertile soils and various microclimates allowed the Inca Empire to farm an abundance of potatoes, cereals, vegetables and fruit trees, and ornamental plants. From snow-capped peaks and deep blue lakes to flowering meadows, the beautiful region, home to its sacred Apu mountain spirits, also guarded many of their important spiritual temples.

Learn about the villages and attractions of the Sacred Valley:

Pisac is famous for its astronomical observatory. The town was built on the indigenous remains by Viceroy Francisco Alvarez de Toledo. In Pisac you have the opportunity to attend a mass in Quechua among indigenous and varayocs or regional mayors. Similarly, it’s possible to see how Incas agronomists resolved the problem of planting on the slopes of the hills. Perched on a hilltop high above the town of Pisac stands the impressive Archaeological Park of Pisac, must-see for any traveler. 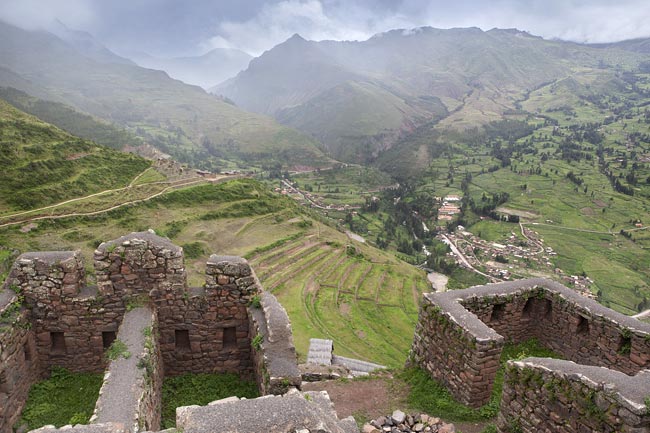 The “Indian market” takes place every week in the main plaza of Pisac. It’s a classic spot in the Sacred Valley to pick up handwoven textiles, ceramic crafts, queros (ceremonial glasses), and jewelry, etc. necklaces. Artisans and indigenous merchants come from all over to attend this market.

The Maras Salt Pools is an impressive complex of salt exploitation, located in the area known Qoripujio, a distance of approximately 2.5 mi (4 km) from the town of Maras. The salt mines have been in use since Inca times. Salt was actually a means of economic exchange and securities. Today, visiting the Maras Salt Pans are a popular tourist stop in the Sacred Valley. 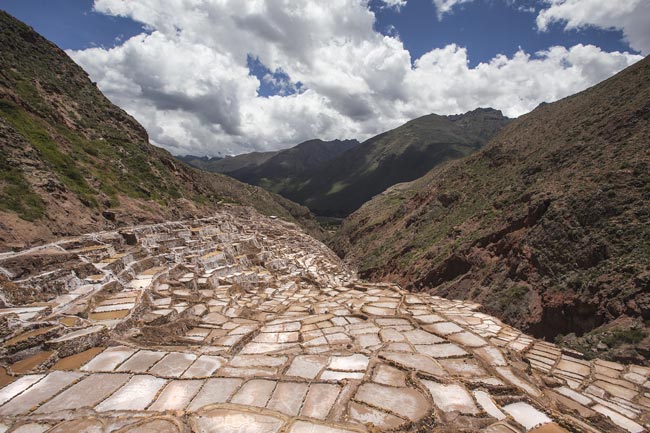 Understandably, the importance of the town of Maras originates from salt extraction. Salt extraction continued through colonial times. In fact, many doorways in Maras still have coats of arms of nobles and caciques from the sixteenth and twentieth centuries that remain from this time period.  A Jesuit community once resided in Maras and the beautifully carved doorways of homes that once belonged to the priests are also still present.

Moray is believed to have been an agricultural laboratory for the Inca. Visually intriguing, the overlapping concentric circular terraces of Moray plunge down to a depth of 500 feet (150 meters). Each terrace hosts a unique microclimate from which the Inca likely used to experiment with the harvest of different crops. 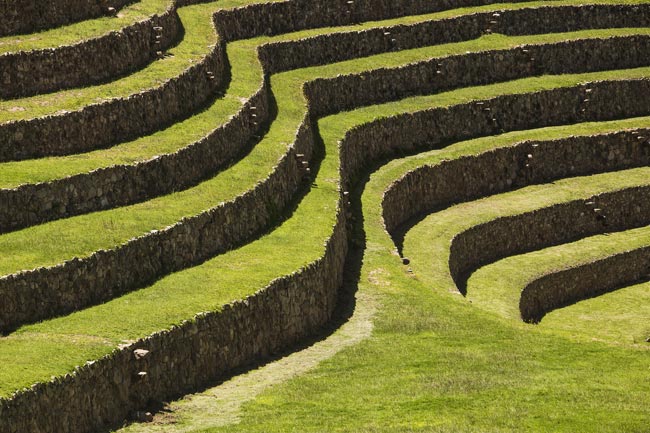 A less popular theory is that Moray served as a theater for religious and civic ceremonies, not only for agricultural purposes.

The archaeological site of Ollantaytambo is another monumental work of Inca architecture. It was built on two mountains in a strategic location overlooking the entire valley. It was a military, religious, administrative and agricultural complex. The entrance is by a gate called Punku Punku, made of stone and imperial double jamb.

Ollantaytambo is the only Inca town that remains almost intact and houses still serve as homes where their descendants live. The design of the city, its axles, its urban structure, the beauty of the volumes and their play of light and shade attract visitors. The main temple has a front with six monoliths of pink granite brought from elsewhere and assembled on the stone perfectly. 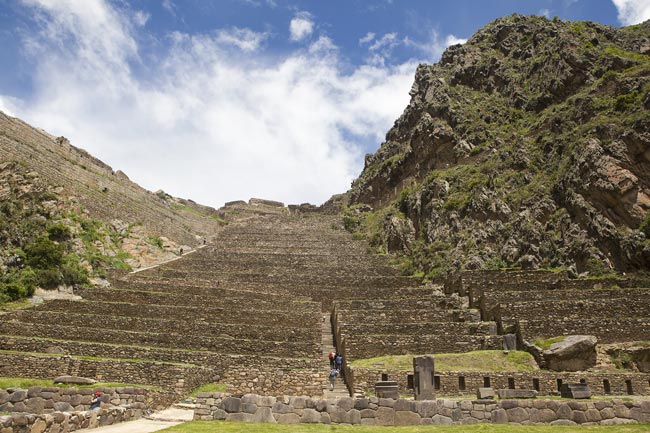 The legend says that Ollantay (the Titan of the Andes) of plebeian origin loved the Inca princess Cusi Coyllor (Star cheerful). Inca King Pachacutec did not approve of their love, so he sent his daughter away to a House of Virgins. Ollantay attempted to kidnap Cusi Coyllor, but failed and escaped. From the fortress,  Ollantay tried to stage a rebellion against Pachacutec, and after bloody battles, he was defeated. Generously, Pachacutec spared the life of Ollantay.

The slow pace of traditional life in Chinchero is part of its touristic appeal. Surrounded by beautiful mountains of Chicon and Veronica, the town is located 17 mi (28 km) from Cusco. 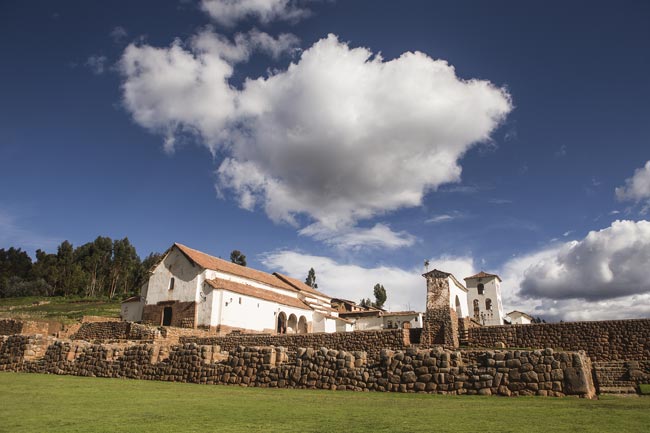 Chinero once served as a major agricultural center for the Inca Empire. On a visit to the town today, visit the town’s ruins, the colonial era church, and with trapezoidal niches that adorn the stone walls that encompass the site for the traditional Sunday market. Chincerho also preserved traditional weaving practices.

Cala is a town immersed in the beauty, peace, and tranquility of the Andes with the snowy Sahuasiray and Pitusira mountains in the background. Near to town are the Machacancha medicinal baths (sulfur baths) and Minasmoqo (carbonated cold water). Calca is located near the archaeological Inca complex Huchuy Cusco.

During the Inca Empire, Calca was a major population center with an amazing administrative organization; this is demonstrated by the presence of pre-Hispanic beautiful walls in the streets and squares of the current population, and also by the great archaeological monument Huch’uy Qosqo. They also emphasize the perpetual snow of Sawasiray and Pitusiray, which were important deities and gave rise to the legend of Pitusiray.

Its beauty and pleasant climate made Yucay the place chosen by the Inca royalty for their rest and recreation.  also attributed to a mythological character and powers of the human spirit.

The fertile land made it one of the main centers of agricultural production in Inca times as evidenced by the large terraces surrounding the town. There are many Inca buildings, among which the Sayri Túpac Inca palace, built of stone and adobe walls decorated in high and low relief. Today, there is a small museum in the village.

Experience a custom journey to Cusco, Machu Picchu, and the Sacred Valley.