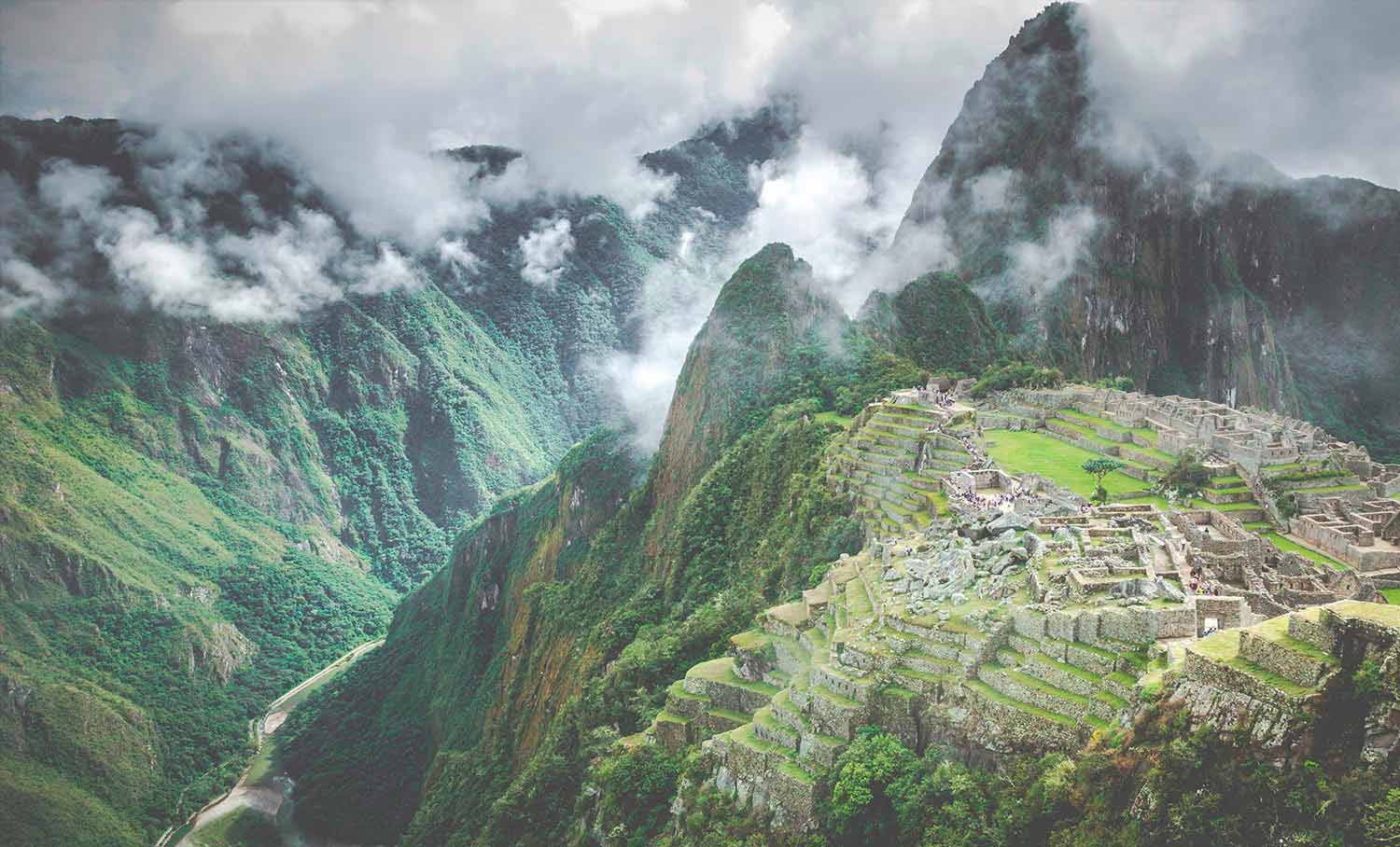 The citadel of Machu Picchu has had several periods of occupation. Taken from the chronicles, the construction style and ceramics found has deducted the following:

The Story of Machu Picchu

Most modern archaeologists and historians agree that Machu Picchu was built by the Inca Pachacutec, the greatest statesman of Tahuantinsuyo (what the Inca called their expansive empire), who ruled from 1438 to 1471. Archaeologists assume – given radiocarbon evidence – that the construction of Machu Picchu dates back to approximately the 15th century.

The construction of Machu Picchu began around the time the Inca began to expand their territory across the continent. According to archaeologists, a battle was fought and won against the Chanca people, thus giving power to Inca Pachacutec and solidifying his victorious reign over more lands.

Inca Pachacutec was the first to emerge beyond the valley of Cusco after his epic victory over the Chancas.  A strong Inca leader, he was known for his territorial conquests and the development of religion and spirituality. Being recognized as the “constructor” of Cusco is among Pachacutec’s  greatest achievements.

The origin of Machu Picchu is attributed with some certainty to Pachacutec. Likely built as a refuge for elite members of Inca aristocracy, the fortress was constructed on the eastern slopes of the Vilcanota mountain range, about 80 miles (130 kilometers) from Cusco, the capital of the empire. 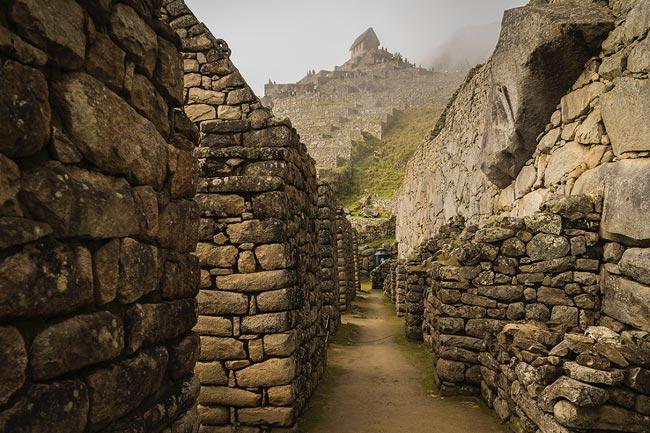 Its strategic location was chosen with admirable success. Surrounded by steep cliffs and away from the sight of strangers in a tangled forest, the citadel of Machu Picchu had the quality of having only one narrow entrance so that only a few warriors were needed for defense in the event of a surprise attack.

Occupied by at least three generations of Incas, Machu Picchu was abandoned in a sudden and mysterious decision. The strongest hypothesis explains that since lower class citizens didn’t know the existence of Machu Picchu and routes leading there were prohibited for anyone who was not part of the small circle of elite Inca, that knowledge of the grand city simple faded from historical memory over the years.

July 24th, 1911 is known as the “rediscovery” date of the famous Inca citadel of Machu Picchu, architectural treasure that had been hidden for more than four centuries under the lush nature of the Urubamba canyon. This discovery was made by controversial anthropologist, historian or simply by the American explorer, amateur archeologist, Yale University professor Hiram Bingham.

Although the discovery points to Bingham, the researcher of Cusco, Simone Waisbard said that the finding was the result of chance, since Enrique Palma, Gabino Sánchez, and Agustín Lizarraga, were actually the first to visit these archaeological remains and they left their names recorded there on July 14th, 1901. Furthermore, Hiram Bingham was actually in search of the last refuge of the Incas and the last point of resistance against the Spanish.

Before Machu Picchu was “rediscovered,” the citadel was likely part of the estates and Kutija Qollapani. Over the years, the property was known as a Q’property unit. When Palma ,Sanchez and Lizarraga arrived to the region of Machu Picchu, they actually found indigenous farmer named Anacleto who had been living there for eight years and leased the property for 12 soles annually.

When you think of Machu Picchu, one of the first names that comes to our minds is Hiram Bingham, but few people know who Agustín Lizárraga is, one of the unrecognized discovers of the Sanctuary.

While the rediscovery of the citadel is attributed to the American historian Hiram Bingham, there are sources that indicate that Agustin Lizarraga, a tenant of Cusco homelands came to the ruins nine years before the historian. According to Hiram Bingham, Lizarraga would have left an inscription on one of the walls of the Temple of the Three Windows. This registration would have been subsequently deleted. 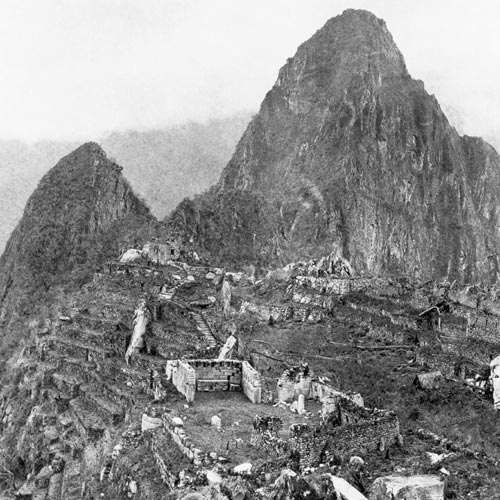 Lizarraga’s story and his visits to the ancient Inca ruins are what attracted the attention of Hiram Bingham, who was in the area investigating and looking for the last holdouts of the Inca’s in Vilcabamba. Bingham, very interested in these rumors, began the search for these ruins, and finally reached Machu Picchu from Cusco in company Melchor Arriaga and a sergeant of the Peruvian Civil War on July 1911. There, the Bingham would encountered the Recharte and Alvarez families, who had settled in the platforms just south of the ruins. It was finally a child of the family who guided Bingham to the “urban area” of the ruins, which was covered by thick undergrowth.

Immediately, Bingham understood the enormous historical value of the ruins discovered and contacted Yale University, the National Geographic Society and the Peruvian government, requesting sponsorship to start the studies in the Inca archaeological site.

The archaeological work was carried out from 1912 to 1915. In this period, they managed to clear the weeds that outrigger the Citadel and the Inca tombs were excavated being found beyond the city walls. In 1913, National Geographic magazine published an extensive article about Machu Picchu and the ongoing research being done, thus revealing the Inca structure to an international audience for the first time.

With the passing of the years, the importance of tourism to the citadel of Machu Picchu has grown, first nationally and then internationally, becoming a World Heritage Site by UNESCO in 1983. Machu Picchu was designated one of the New Seven Wonders of the World in 2007 and  is Peru’s most visited attraction and South America’s most famous ruins, welcoming hundreds of thousands of people a year. In recent years, the Peruvian government has taken steps to protect the ruins and prevent erosion of the mountainside.

Is Machu Picchu a Ruin?

The word “ruin” is not an accurate word to describe Machu Picchu. Within Machu Picchu exist many well preserved original structures. The word Sanctuary better describes the complex of Machu Picchu because it was a sacred and spiritual place for the Incas. Read more about the Religious Significance of Machu Picchu.

Every structure within Machu Picchu has a specific function: religious and administrative, the two most important functions, and then political and social. Religion was part of daily life at Machu Picchu. Administrative buildings controlled by guardians checked every product before entering the Sanctuary to ensure safety. Tambos, or storage houses, kept all the products that were grown in the Citadel.

Amazingly, the Inca knew how to take advantage of the limited space atop the mountain for which Machu Picchu is perched and build stone structures that could withstand earthquake damage and other natural disasters, like landslides.

Structures in Machu Picchu correspond to a specific kind of mandate of Inca Pachacutec, who wanted to preserve the environment and the ecology. It is well known that the Inca never knew the wheel; but actually the wheel would not be of much help due to the land and the inclination of the site.

Patallaqta comes from two words in Quechua, Pata which means steps, and Llaqta, which means town. Initially, the Machu Picchu complex was going to be more of an administrative center, but Pachacute instead turned into an exclusive Sanctuary and place of pilgrimage.

But the story does not end here. The Incas always made 2 bundles: one was taken to the Korikancha and the second one was taken to a special place where nobody would expect. Some priests would worship the rest of the body. Pachacutec was like the South American Alexander the Ggreat, an Inca who conquered many territories and was one of the few rulers who arrived to the jungle, an unknown territory with fertile lands to grow crops.

Federico Kauffman Doig, an important archaeologists, said that “Machu Picchu” is the way that the people of these places, using their very poor Spanish, kept referring to the Sanctuary. He said that the real and original name is not Patallaqta, but instead Llaqta Pata, because that is the correct way to pronounce it in the Quechua language.

When Hiram Bingham arrived to the city of Cusco, he was told about a place where people had lived for centuries that was called Llactapacta, which was actually a place near to but not actually part of Machu Picchu. According to Mari Carmen Martin, this place was never abandoned and maybe that’s why this place never lost its original name.

Llactapacta was indeed a royal house, In modern terms, it could have been a mansion where Pachacutec might have lived in the XV century. Llactapacta also is known as the town “Above” ( Llaqta-place, Pacta-Steps or altitude).

In 1987, a Spanish historian found 82 chapters of the Chronicle of Juan de Betanzos called Suma y Narración de los Incas, written in 1551, which discusses the organization of the Inca Empire at that time.

Among local native, Machu Picchu has many names. One of them is Vitcos. A newer one is  Cajaroma, which comes from the Betanzos chronicle, who mentioned that this city could be the real Machu Picchu, because according to Betanzos this is one of the many cities that Pachacutec conquered when he was the leader of the Tahuantinsuyo Empire. But also this could be the land of a jungle tribe that lived when Pachacutec had control of the entire Empire.

The Qeschawaka Bridge connects Qehue with Canas, two of the most important provinces in the Cusco department. The bridge crosses the Apurimac, was an important river for the Inca people many centuries ago. Its name comes from the words Qeswa, which means twisted cord, and Chaka which means bridge.

A grass that grows in the highlands of Peru called Ichu is the material that’s used to construct this bridge. This grass is picked, dried by the sun, and then used to make the rope to built the bridge.

Every year many natives from the communities of Chaupibanda, Qehue and Canas gather around the bridge and start an ancestral ritual called Minka, which in essence is founded on the idea that dedicating personal time doing community work helps benefit every community. Every year there communities take part in Minka and rebuild their bridge. The Minka lasts 4 days, and which the main event is the reconstruction of the bridge, people also gather together to celebrate with dancing, song, and drinks.

The renovation of the Qeschawaka Bridge has been considered a National Heritage since 2009, and serves as an example of the legacy that the Incas left to their generations.

Pachacutec, Lord of the Tahuantinsuyo Empire

The legacy of the Inca Empire started with Pachacutec. With his bravery and strength, he created one of the most important Empires in the history of the world. Learn more about Pachacutec, the Inca Emperor.

The Legend of the Ayar Brothers

Many of the stories that an ancient town tells us, is about power, big decisions and fantastic abilities, The Ayar Brothers Legend tells us how Manco Capac remained as the supreme chief of all the Inca Empire.

The Legend of Manco Capac and Mama Ocllo

Is the classic story: Two persons, a man and a woman, a supreme entity that sent them to populate one big territory, The Legend of Manco Capac and Mama Ocllo narrates the story of an ancient group, the founders of one of the most powerful and organized cultures: The Incas and their Empire the Tahuantinsuyo.

The Sanctuary is full of cosmic and universal symbolism, but one of the most important aspects is their religious significance in Machu Picchu, with several and particular ways of understanding the Inca complex.